What are Popcorn Nugs? | PotGuide.com


Money can get tight for anyone and there’s no shame in making a monthly budget and sticking to it. Knowing how to stretch your stash and your dollars while shopping for the essentials is an invaluable life skill, and that includes getting the most product that you can for your budget at your local dispensary. While keeping your eyes on discounts and sales items is one approach to getting more for less, it can sometimes feel like you’re giving up on quality just to save some cash. This can be especially true when it comes to the less expensive flower.

For the money-conscious cannabis consumer looking for the best bud for their limited bucks, popcorn nugs are a fantastic option for purchasing low-cost flower without sacrificing quality.

What are Popcorn Nugs?

Popcorn nugs are the smaller, cheaper buds you can find at most dispensaries. They get their name from the size of the buds, which are about as big as the popped kernels that they overcharge you for at the movie theater. Because they lack the A-plus, showroom-quality appearance of full-price bud, many producers and dispensaries will sell them at a discounted price in order not to waste any product.

How are Popcorn Nugs Formed?

Cannabis producers are always looking to maximize the number of quality buds that grow on each plant. This means arranging the grow room so the plants each have enough space, as well as carefully tending to each individual plant. Growers have to make sure that every part of their plant gets the correct amount of light, water, nutrients, and air flow. With enough care and attention, each plant’s resources will be fully devoted to adorning their upper branches (called colas) with fat, dank buds glittering with THC and terpene-rich trichomes.

However, some lower parts of the plant, especially areas close to the soil, will not get the same amount of light, water, space, or nutrients. Instead of producing dense, dank flowers, these shaded, undernourished branches will produce airy, smaller buds. 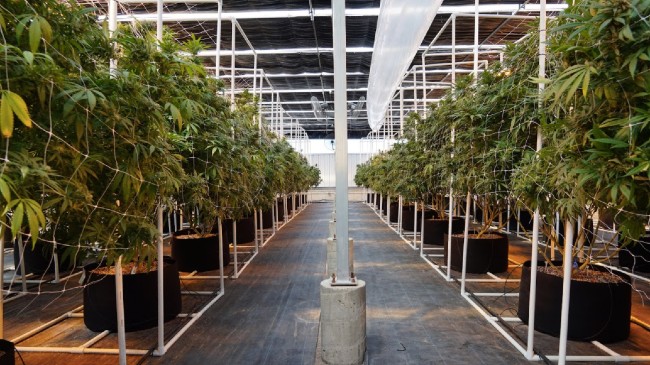 Even when cannabis plants are properly spaced, the lower part of the plant will still usually produce popcorn nugs.

These are popcorn nugs, which are also known as larf cannabis. Because they were unable to fully develop due to overshading, overheating, crowding, or fewer resources, these smaller buds also don’t produce as many trichomes as their higher up brethren.

Most cultivators try to trim off or prevent popcorn buds from growing, since they’re less valuable and take resources and energy away from the top colas. However, nearly every plant will produce at least a couple branches of popcorn buds and growers are always seeking out ways to maximize their return on investment. Most cultivators will harvest the popcorn buds, package them, and sell them at a discount to shops, who pass that lower price onto the consumer. Anything smaller than popcorn buds will be gathered as trim to be processed into concentrates or edibles.

Are Popcorn Nugs Worth Your Money?

As with normal bud, the dankness of the popcorn nugs depends on the quality and talent of the grower. Think of the nugs that come from the colas as the A-plus flower, which comes at a premium price. Popcorn nugs, on the other hand, are somewhere in the B to B plus range. They still contain the same terpene/cannabinoid inspired effects as the full price bud, but they’re not the top of the class. However, they’re not going to make you cough or give you a headache like low quality “cheap” weed will either. This isn’t to say popcorn nugs should only be considered as a last budgetary resort. These nugs have their fans among those weed consumers who have plenty of money to burn.

Because they come from the same plant and share the same genetics, the effects of popcorn nugs are often simply the lighter, mellower version of their more developed, Grade-A brethren.

Popcorn buds are still the same quality product, and smoking slightly lower potency flower has its advantages. Sometimes you would rather take a slow, scenic drive through Stoned Town rather than a high-speed drag race through it. Popcorn buds can be a great choice for medical marijuana patients who want the benefits of treatment without it rushing to their head and interfering with their tasks for the day. They are also preferable for daytime smokers who just want to make their morning and afternoon a little more enhanced or their evening wind down a little smoother.

Popcorn nugs have plenty of uses outside of packing them into a bowl or bong. They’re the perfect size and density for rolling into blunts without having to break them up or constricting airflow. They are also frequently added into edibles or pressed into rosin. Of course, some popcorn nugs out there are basically on par with the potency of the A-plus buds that the producer is selling. These are the real deal–you’re basically getting A-minus quality for B-grade prices.

How To Pick Out Quality Popcorn Nugs at a Dispensary

Just like with regular nugs, appearance tells you a lot. Look past the size and density of the popcorn nugs. Are the leaves a consistent, vivid color or do they look spotty and washed out? Is there a sugary coating of trichomes or does it look pretty flat in the light? Are the buds springy with a little give or do they crunch under your fingers?

If the dispensary lets you, smelling the bud is another way to check for quality, even in popcorn nugs. Is it a dank, powerful mix of terpenes or does it kind of smell like hay? Is your nose telling your brain to reach into your wallet and buy it? If so, you’ve got quality popcorn nugs. 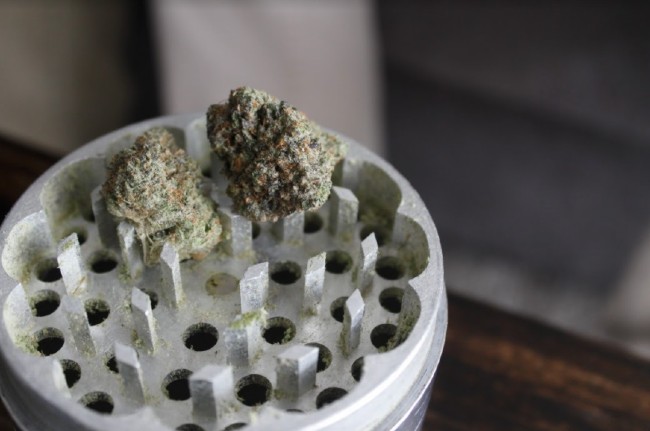 Popcorn nugs can be the perfect combination of good-quality with a low price.

A third way is to ask about the grower. If you have a favorite producer that consistently cultivates absolute fire no matter what the strain, their popcorn bud is going to contain those same marks of quality, even if it is smaller and a little less potent. While popcorn nugs may be the runts of the litter, if the plant was given plenty of TLC, that quality will show up in them as well.

Finally, ask your budtender. If you have a quality budtender behind the counter, let them know your budget and tell them what you’re looking for. Your budtender should be able to direct you to the popcorn buds that will give you the best bang for your buck. They’ll even know the best growers to choose from if you are unsure. Just be sure to spare a buck for their tip jar if you can afford it.

Finding yourself with lighter pockets for a month or a few can be tough, but there are ways to adjust. Luckily, dropping the quality of flower you buy doesn’t have to be one of them. So the next time you’re in a dispensary with less money to burn on some bud to burn, ask if they have any popcorn nugs available and enjoy.

Have you purchased popcorn nugs before? If so, tell us about your experiences in the comments!

Smoking Cannabis as a working-class Professional

What Is The Difference Between White Light And Yellow Light? Find Out Here

Why didn’t I get stoned from my first toke? – Latest Cannabis News Today

What is THCV? | PotGuide.com

Dr Libby Stuyt The Truth about Marijuana Just the Facts

Dentistry in the world of cannabis